Technically part of San Luis Obispo County, Five Cities, CA is just that; five different cities under one umbrella. Between the five cities there are 5 different beaches just minutes away from most homes in Five Cities. I can show you around the top deals in town - just talk to Ted today!

If you asked me about life in Five Cities, CA…

First I would say you need to know which five cities we’re talking about. Five Cities includes:

Each area offers its own unique flair and each one has something to offer to newcomers to the area. Some areas are larger than others. For instance Arroyo Grande alone has a population of over 17,000 people.

Five Cities is part of San Luis Obispo County which encompasses nearly 270,000 people. Santa Barbara is south of Five Cities and the neighboring communities of Atascadero and Paso Robles are just minutes to the east.

One of the largest employers in the County is Cal Polytechnic with a student population of nearly 20,000. You’ll find that access to LA to the South and San Francisco to the North is very easy from Five Cities. A quick trip on the 101 is not only convenient but also scenic.

One thing about living in Five Cities, CA…

Five Cities typifies the bent of each of the smaller communities that make up the area toward keeping its rural small town vibe. Each town is a remnant of a storied past that began way back in the 1770s when the areas in Five Cities were first settled.

Many of the activities that occupied much of the time of the early pioneers serve as amusement and recreation for residents today. The Santa Lucia Mountains are a playground for climbers and hikers. The many beaches along Pacific Coast in Pismo Beach, Shell Beach, and Grover Beach are crowd pleasers for residents of all ages. From fishing to kayaking, to growing wheat and vineyards, The Five Cities is a must see location.

When looking for real estate in Five Cities, CA…

You’ll find that there are some beautiful four bedroom homes in Arroyo Grande for between $870K and $1 million. I can show you spacious waterfront properties in Pismo Beach from around $1 million up to around $4 million.

Beachfront properties in Shell Beach will run you about $1.3 million but if that’s a little high for your price range, I could show you some affordably priced properties right near the beach scattered throughout Five Cities.

Talk to Ted about Buying or Selling Your Five Cities Home

In order to find the right property for your situation you really need the help of a local expert. Fortunately I know Five Cities like the palm of my hand. Let me show you around Five Cities. Just talk to Ted at Ted Gillan - Realtor for more information about buying or selling your Five Cities home.

Step into paradise! Gorgeous coastline views from the front yard of the home. This wonderfully appointed home is surrounded on two sides by a greenbelt offering the utmos...

Located in the Prestigious Gated Cypress Ridge Golf Community on a quiet cul de sac is this single level home featuring an open floor plan with 3 bedrooms plus an office ...

Don't miss out on the opportunity to see this wonderful home in a great neighborhood located in the heart of the Central Coast. 575 Bakeman Lane offers 2 bedrooms, 1 bath...

Lot A a large legal Parcel at 7460 +/- Square Feet of vacant land to build your dream, at this perfect Oceano California Beach Location. It's about Location. Location. Lo...

Perched up high at the foot of Price Canyon, this charming Pismo Beach condo has what you're looking for in a primary home or vacation retreat. Multi-level home offers a...

A Mediterranean style retreat overlooking the ocean and gorgeous palms, this 2,800 sq. ft. home is move-in ready with panoramic views and an expansive 4 bedroom, 3.5 bath...

Making 2021 look good! This coastal modern ranch home has undergone a complete makeover since its last purchase in 2017. Plumbing and electrical were updated and forced a...

If you are looking to buy or sell a home here on the Central Coast, I’m on your side! Just get in touch with me regarding real estate in any of the communities that I represent: 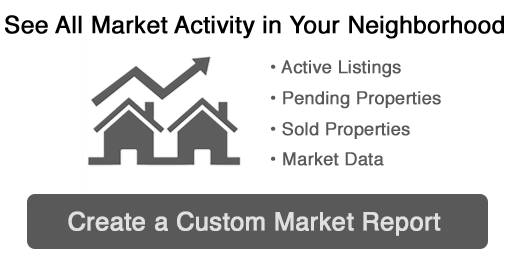